A theme for my environmnt using the Solarized palette. The following screenshots feature:

I have a global switch for light and dark mode. Its just a simple script that manages a check-file

Mostly everything is avaiable from the following github repositories:

Automatically saves all open file buffers or anything else when gnu Emacs loses focus under x. 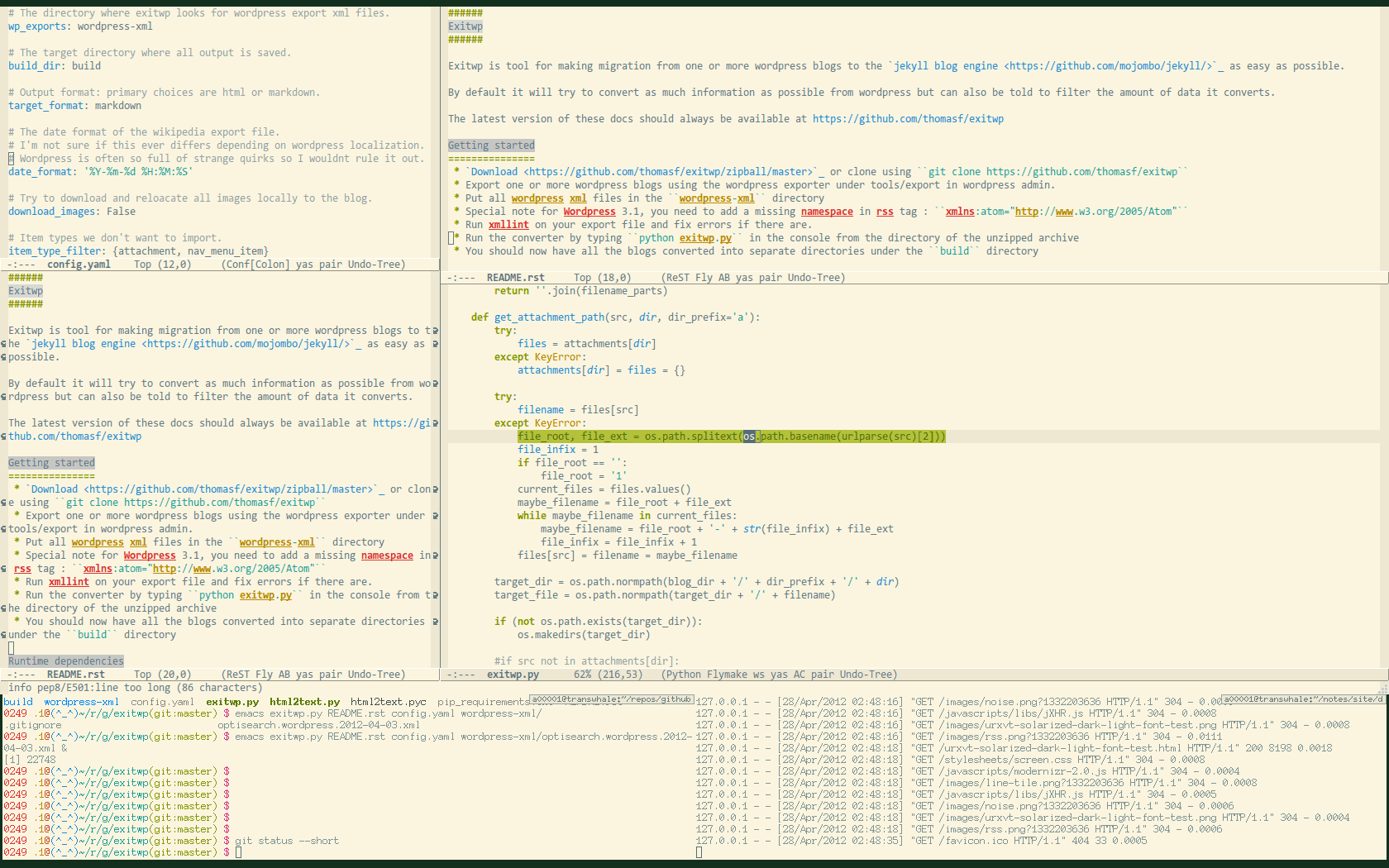 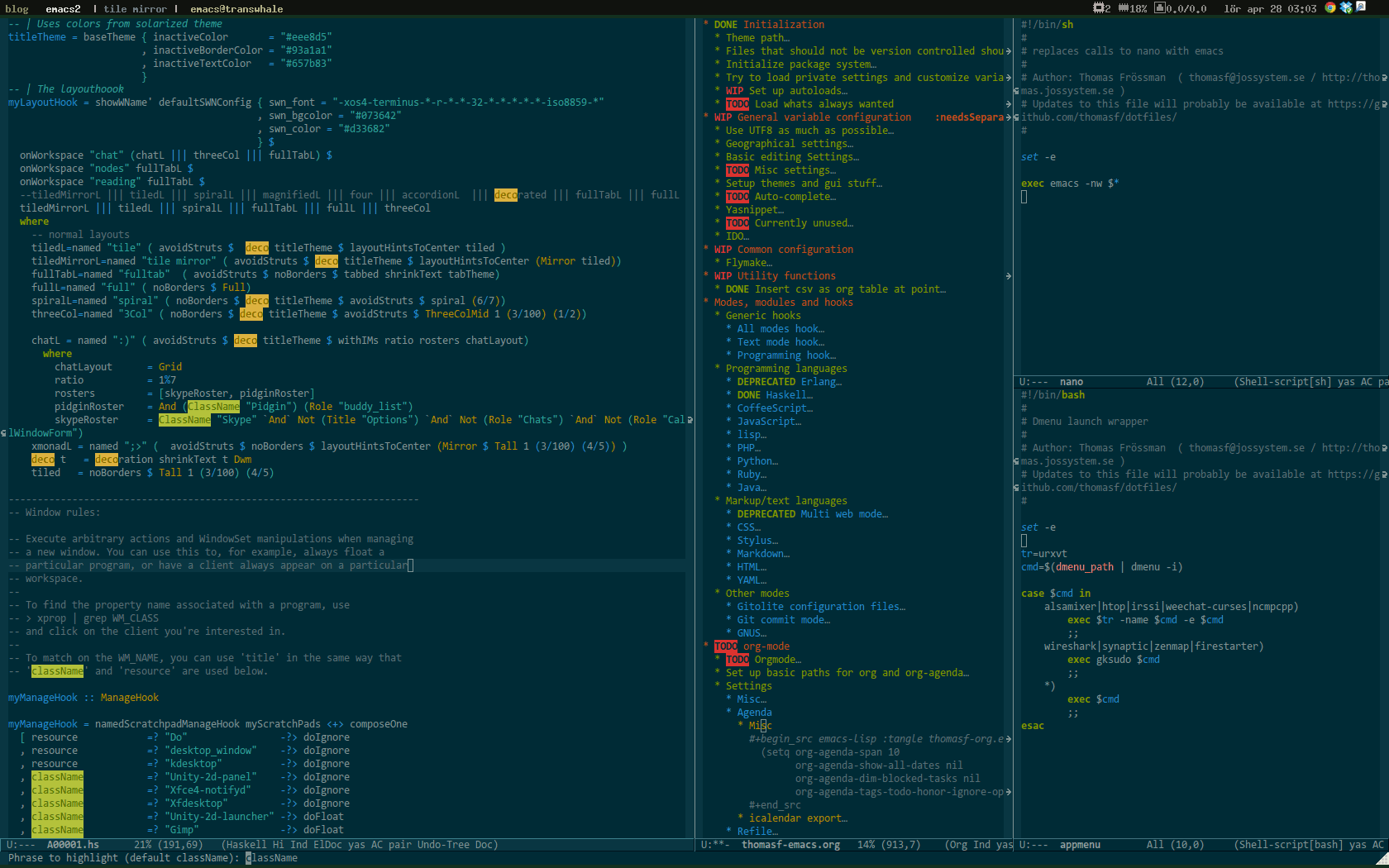 The screen shots are of different modes in Emacs 24 and a slightly customized version of Bozhidar Batsov’s solarized-emacs color theme.

Trying out font faces and sizes for a default light theme terminal.

The terminal is rxvt-unicode-256, the color theme is Solarized. 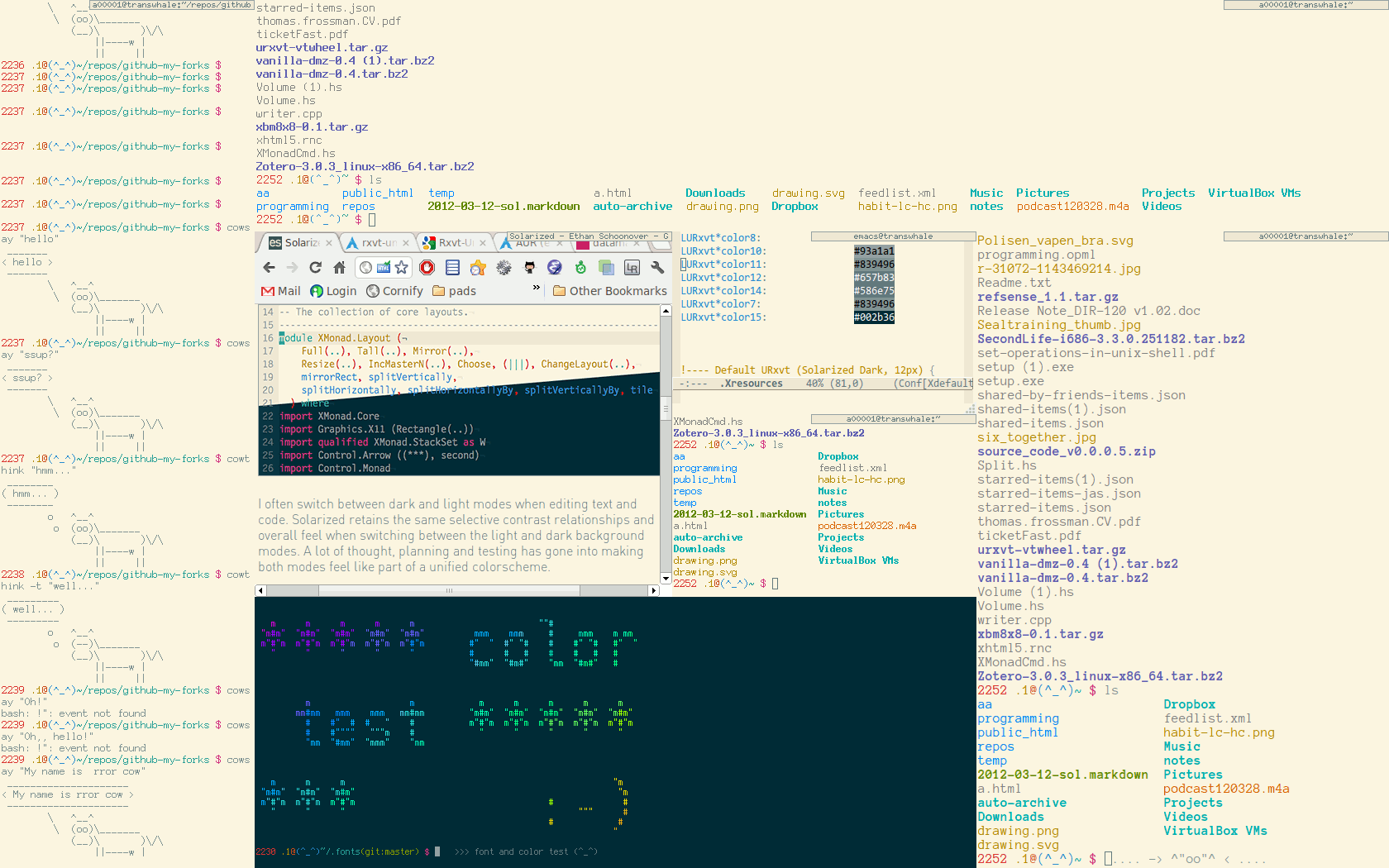 I went for the one to the absolute left, Anonymous Pro 10pt.

The terminal is launched either with plain urxvt for the default dark terminal or urxvt -name LURxvt for the light one.

Time for a new face?

When writing code it is usually a good thing to use a mono spaced font since the text often benefits from alignment based on character and white space counts. I recently did a short review of a bunch of fonts that seems to be generally liked amongst programmers. Below are some screenshots I made to support the decision making during the final selection.

WARNING: If your browser window is too narrow the following screenshots might be scaled and misrepresenting the fonts.

Consolas is a mighty beautiful font. I still regard it as the most almost perfect awesome programmers font with the exception of not having an open font license.

Consolas was my main programming font from 2007 until very recent. 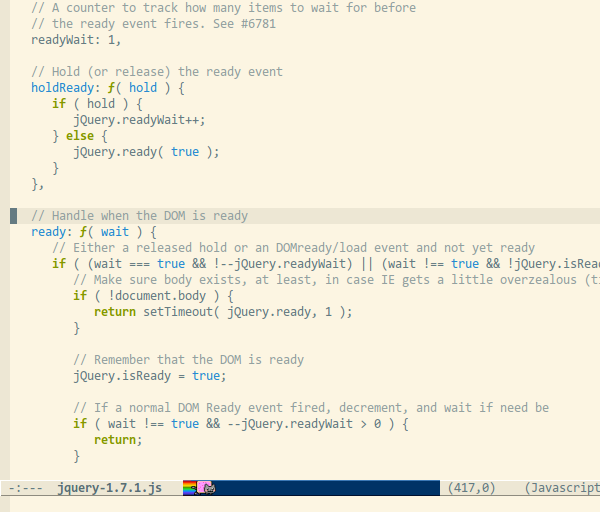 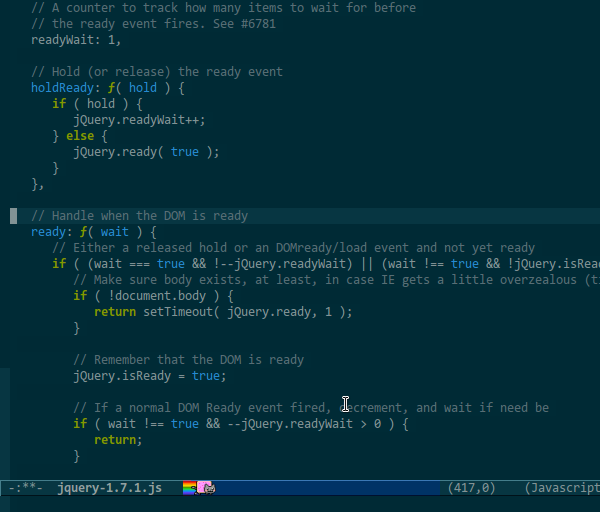 Inconsolata is quite similar to Consolas which the author also states as an inspirational source. Compared to Consolas it’s wider and has thinner lines.

Inconsolata is my current main programming font. The version I use is from the Google font directory. 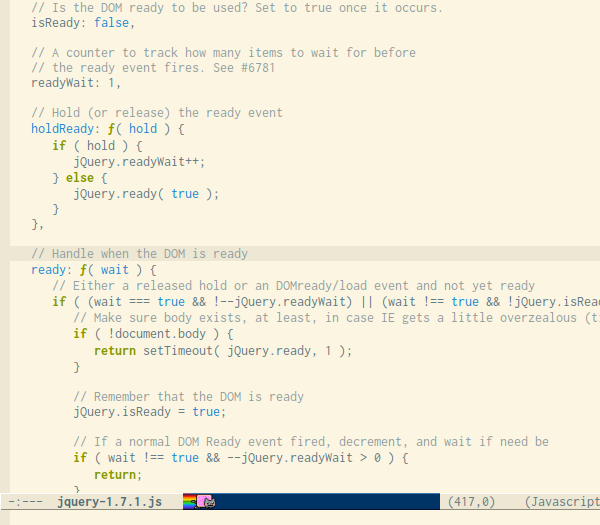 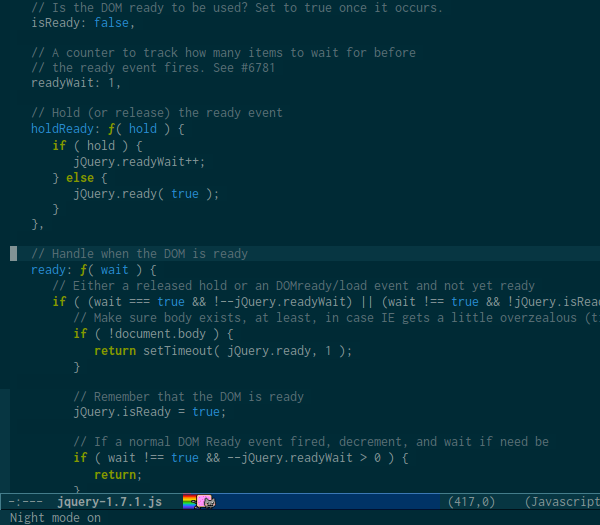 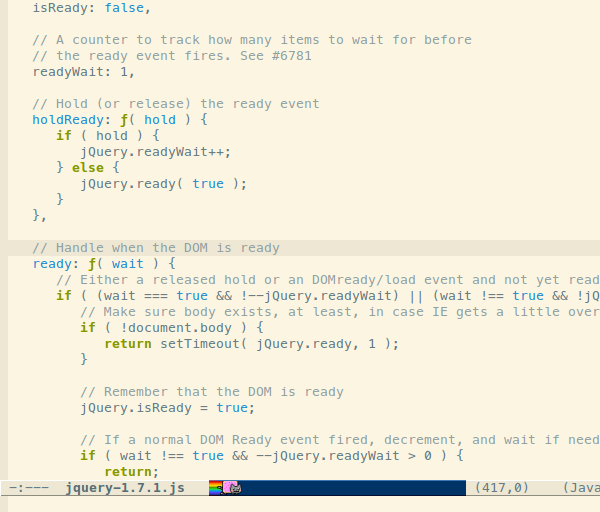 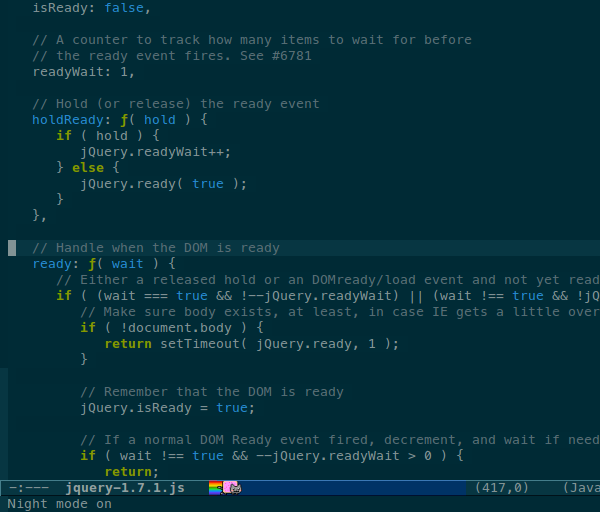 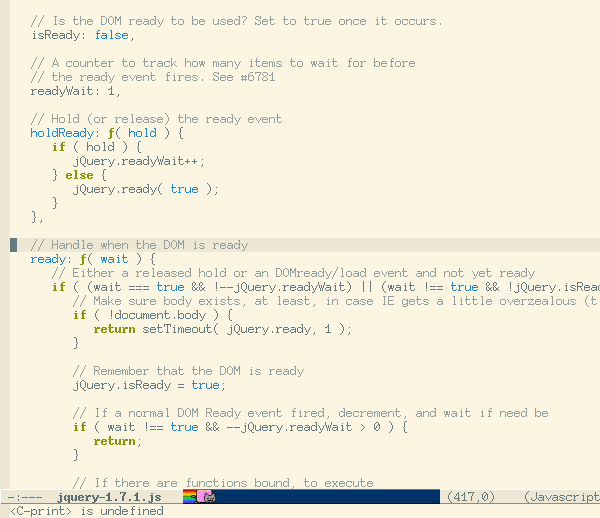 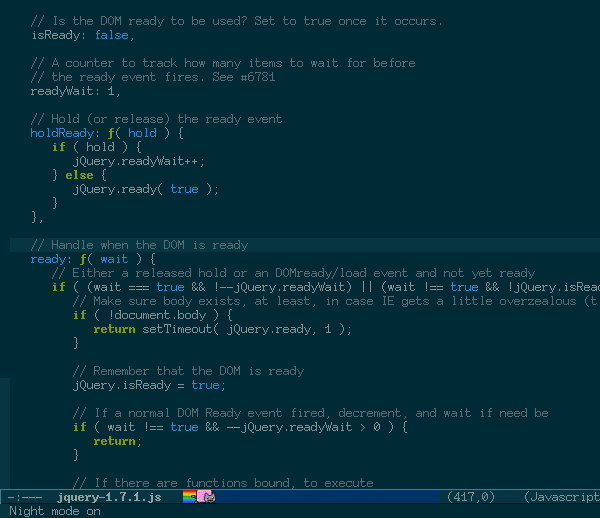 Terminus is a monospaced bitmap font and it’s very readable in small sizes. I have used it as my main terminal emulator font for ages. I don’t use it so much for programming because characters like () {} looks a tad too similar for fast reading. 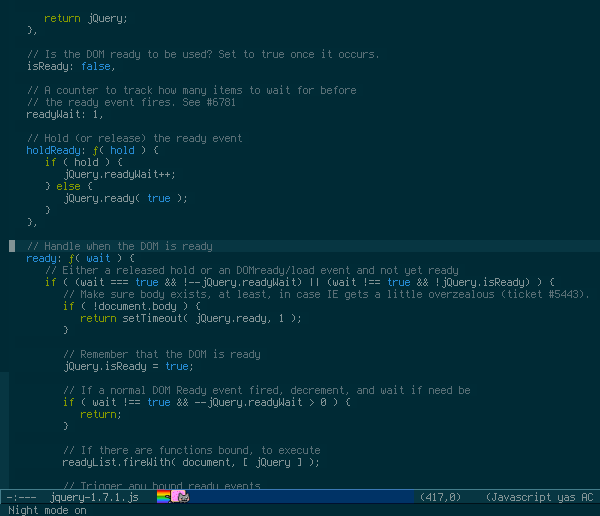 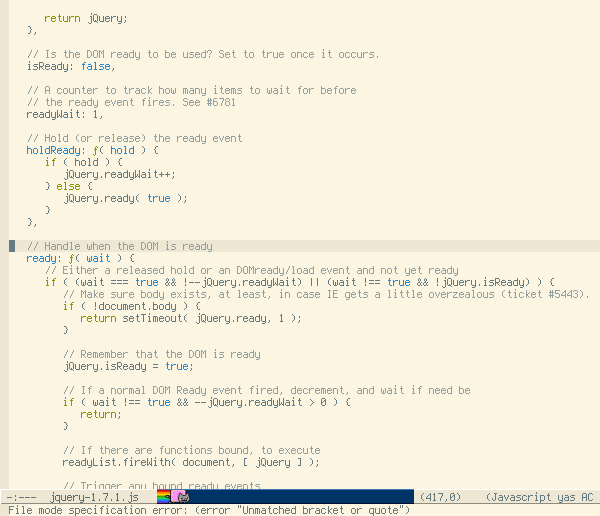